Joint Comprehensive Plan of Action: The Iran Nuclear Deal, One Year On 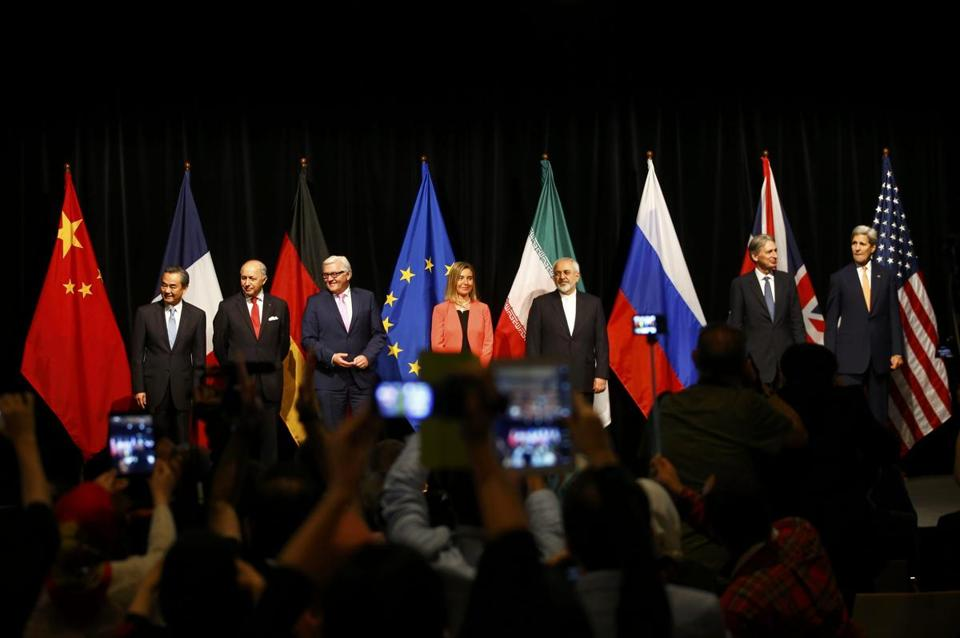 This week’s snapshot focuses on the one year mark since the 14JUL15 signing of the Joint Comprehensive Plan of Action (JCPOA), the nuclear agreement with Iran. Leaders responsible for the deal have hailed it as a victory while opponents on all sides continue to criticize the deal as flawed. Since the deal entered into force, Iran has warned that if the other signatories do not live up to their end of the terms, Terhan will restart its nuclear program. According to the International Atomic Energy Agency (IAEA), the United Nations nuclear watchdog, Iran is complying with the key nuclear parameters. However, the deal, which must hold for years to come in order to be successful, is riddled with fragilities including posturing in the strategic Straight of Hormuz, ballistic missile testing, sanctions relief and overall mistrust.

Sample of Third Party Validators regarding the

“Given the high expectations people had of the nuclear deal, it was inevitable that it would be followed by a degree of popular disillusionment.”

“Iranians appear to have underestimated how much the remaining U.S. sanctions coupled with uncertainty about future U.S. policies would affect their ability to access frozen funds and engage economically with countries besides the United States,”

“The Iran deal is a good one…But it has had consequences that are dangerous and alarming. In the end, Riyadh and Tehran are the only players who can deescalate the situation. The Saudis show no sign of interest in that road.”

“The JCPOA’s reverberations continue to echo throughout a Middle East that is arguably less secure than it was last July, in part because of the agreement. The problem lies not so much in the deal’s terms, which will complicate any Iranian effort to obtain nuclear weapons capability for at least ten years. Rather, the region perceives that its political effects have encouraged, even enabled Iran’s hegemonic quest, and there is enough truth in this view that the burden is on Washington to show it is not the case.“

“A final verdict on the JCPOA is many years away. But it is off to a promising start, as even some of its early critics now concede. Still, it is already clear that the path ahead will not always be smooth, the longevity of the deal cannot be taken for granted, and keeping it on track will require constant focus in Washington and other interested capitals.”

1. One Year On, Kerry Satisfied With Iran Nuclear Deal

PARIS — Secretary of State John Kerry said the Iran nuclear agreement “has lived up to its expectations,” marking the first anniversary of the landmark accord reached last year between six world powers and Iran to curb Iran’s nuclear program in exchange for sanctions relief.

Since the accord took effect in January, Iran has complied with the key nuclear parameters, according to the International Atomic Energy Agency, the United Nations nuclear watchdog. Tehran has slashed its stockpiles of uranium and heavy water in addition to pouring cement in the core of its Arak reactor as part of a process to convert it to a modified reactor that is seen as posing a much reduced nuclear-proliferation threat.

Tehran, July 13, 2016 (AFP) – Iran’s nuclear deal with world powers is holding a year after it was agreed but more needs to be done to ensure its full implementation, a top Iranian negotiator said Wednesday.

“The total process has been relatively satisfactory despite the difficulties that we see in the implementation,” Hamid Baeidinejad told a press conference in Tehran for the first anniversary of the agreement.

ABOARD THE USS NEW ORLEANS (Reuters) – Iran’s elite Revolutionary Guard Corps on Monday dispatched five military vessels to monitor a U.S. warship hosting one of America’s top generals on a day trip through the Strait of Hormuz, coming as close as 500 yards (meters).

For Army General Joseph Votel, who oversees all American military forces in the Middle East, the approaches were a safe though worrying reminder of how little time American forces have to decide whether IRGC ships might pose a threat.

4. Iran urges US to choose diplomacy over coercion

Tehran, July 15, 2016 (AFP) – Iran’s Foreign Minister Mohammad Javad Zarif has called on the United States to choose diplomacy over intimidation and to fulfil its obligations under a year-old nuclear deal with world powers.

“The Iran Deal was a triumph of diplomacy over coercion,” Zarif wrote on Twitter late Thursday, the first anniversary of the July 14, 2015 accord with Washington and five other major powers.

A year ago, the United States and other world powers reached a historic deal with Iran. Economic sanctions that had hobbled the Islamic republic’s economy and led to international isolation would be lifted. In return, Iran agreed to terms that would restrict its nuclear capability, including strict international monitoring.

For many in Iran, the immediate response to the agreement was jubilation. As a real deal began to take shape over months of painstaking negotiations, some had taken to the streets to celebrate, honking car horns and waving Iranian flags.