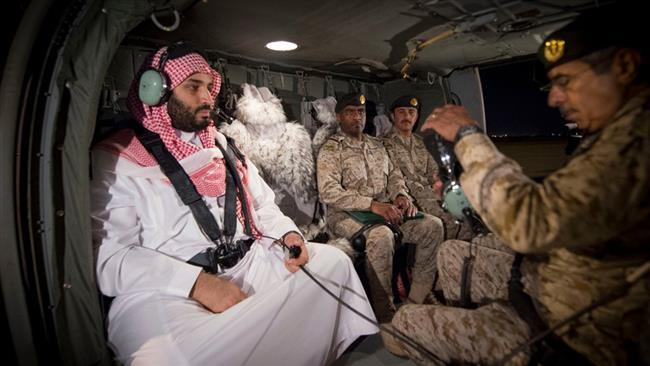 This week’s snapshot focuses on the latest developments in the Yemeni Civil War as it passes the 17 month mark. Yemen’s internationally recognized government, headed by Prime Minister Ahmed Obeid bin Daghr and President Abed Rabbo Mansour Hadi, moved to Aden when Houthi insurgents took control of Sana’a, Yemen’s capital, along with the Central Bank in SEP14. The Houthis are allied with forces loyal to the former president Ali Abdullah Saleh and reportedly receive support from Iran. Further complicating the landscape, Al-Qaeda in the Arabian Peninsula (AQAP) and the Islamic State group also operate in the war-torn country.

On 21MAR15, after taking over Sana’a and the Yemeni government, the Houthi-led Supreme Revolutionary Committee declared a general mobilization to overthrow Hadi and further their control by driving into the southern provinces. On 25MAR15, a coalition led by the Riyadh began military operations by using airstrikes to restore the ousted Yemeni government. Saudi King Salman’s deputy crown prince and the world’s youngest minister of defense, Mohammad bin Salman Al Saud, is understood to be the architect of the Kingdom’s war in Yemen. The United States has provided intelligence and logistical support for the campaign. Controversial Saudi targets and the surging civilian deaths have spurred criticism of the Kingdom’s conduct from various institutions, including accusations of possible war crimes. After the early AUG16 collapse of UN-brokered peace talks in Kuwait there has been a significant increase in violence.

News summary of events during the week of 15AUG16-22AUG16

Sample of Third Party Validators regarding the Yemeni Civil War

“Yemen’s strategic position at the gates to the Red Sea and long border with Saudi Arabia do make it a potential strategic threat. At least for the foreseeable future, however, the most that one can hope for is to limit and contain its violence and role in terrorism and in the growing tension between Iran and Saudi Arabia. Any end to conflict is likely to be temporary or illusory, and serious nation building is likely to be impossible. The United States still needs a strategy for both the military and civil side of Yemen’s fighting and instability, and it sill has to make hard choices, but the best real-world strategy is likely to be an awkward and unstable mix of containment and finding the least bad options.”

“It is past time for the permanent members of the UN Security Council to call a special session with the goal of passing a new resolution authorizing a new formula for peace — one that doesn’t play into the hands of either side and is the most likely to succeed over the long-term.  This means dispelling or modifying the terms in Resolution 2216, which calls on the Houthis to immediately and unilaterally surrender before discussions on a transitional government can proceed.  It also means strengthening the sanctions and arms embargo inspection authorities against any individual, commander, or military unit that the Secretary-General and the Special Envoy assess as an impediment to political progress towards a negotiated resolution — regardless of which side the perpetrator may be fighting for.  “

“Both sides now are trying to prove they are better in war than peace…[When the Houthis and their allies on 06AUG appointed a council to govern Yemen,] That was [an] unexpected move, for the Saudis especially…Riyadh could not tolerate the threat to the legitimacy of Hadi’s government.”

“Washington has been mostly an observer to the Yemeni crisis and US Secretary of State John Kerry has not made it a priority for his diplomacy. Behind the scenes, American diplomats have tried to help the UN process, but with no success. Yemen is simply not a priority. Meanwhile, half the Yemeni people are undernourished. Tens of thousands of children are at risk. The richest countries in the Arab world are bombing the poorest country and the world is preoccupied with other affairs.”

Riyadh, Aug 15, 2016 (AFP) – Saudi soldiers on the front lines of the war in Yemen are getting a month’s extra salary from King Salman, official media said.

The handout comes after an escalation of the 17-month-old war following the suspension of peace talks between Yemeni rebels and the internationally recognized government.

SANAA, Yemen (AP) — Yemen’s Houthi rebels are condemning an airstrike carried out by the Saudi-led military coalition that hit a hospital, killing 11 people.

Tamim al-Shami, spokesman for the Houthi-controlled Health Ministry, said Tuesday the strike on a hospital supported by Doctors Without Borders in the northern town of Abs was one of many attacks on civilians carried out by Saudi “aggressors.”

Riyadh, Aug 17, 2016 (AFP) – Six months after Saudi Arabia said its war in Yemen was winding down, air strikes are again pounding rebels and rockets flying across the border, with no end to the conflict in sight.

Facing criticism of its bombing campaign and a budget crunch from low oil prices, Riyadh is keen to bring an end to the intervention it launched last year against Shiite Huthi rebels and their allies, analysts say.

Residents from a district in the province of Taiz said coalition warplanes, fighting to restore the internationally recognized government of President Abd-Rabbu Mansour Hadi, bombed a bridge in the district of Alsolu overnight as well.

Cairo (dpa) – The Saudi-led alliance that has been bombing Yemen since March last year on Friday expressed “extreme sorrow” over medical aid group Doctors Without Borders’ decision to withdraw its staff from the northern part of the country.

The group, also known as MSF, said Thursday it was evacuating its staff from six hospitals it supports in northern Yemen after an airstrike at one of the facilities left 19 people dead.