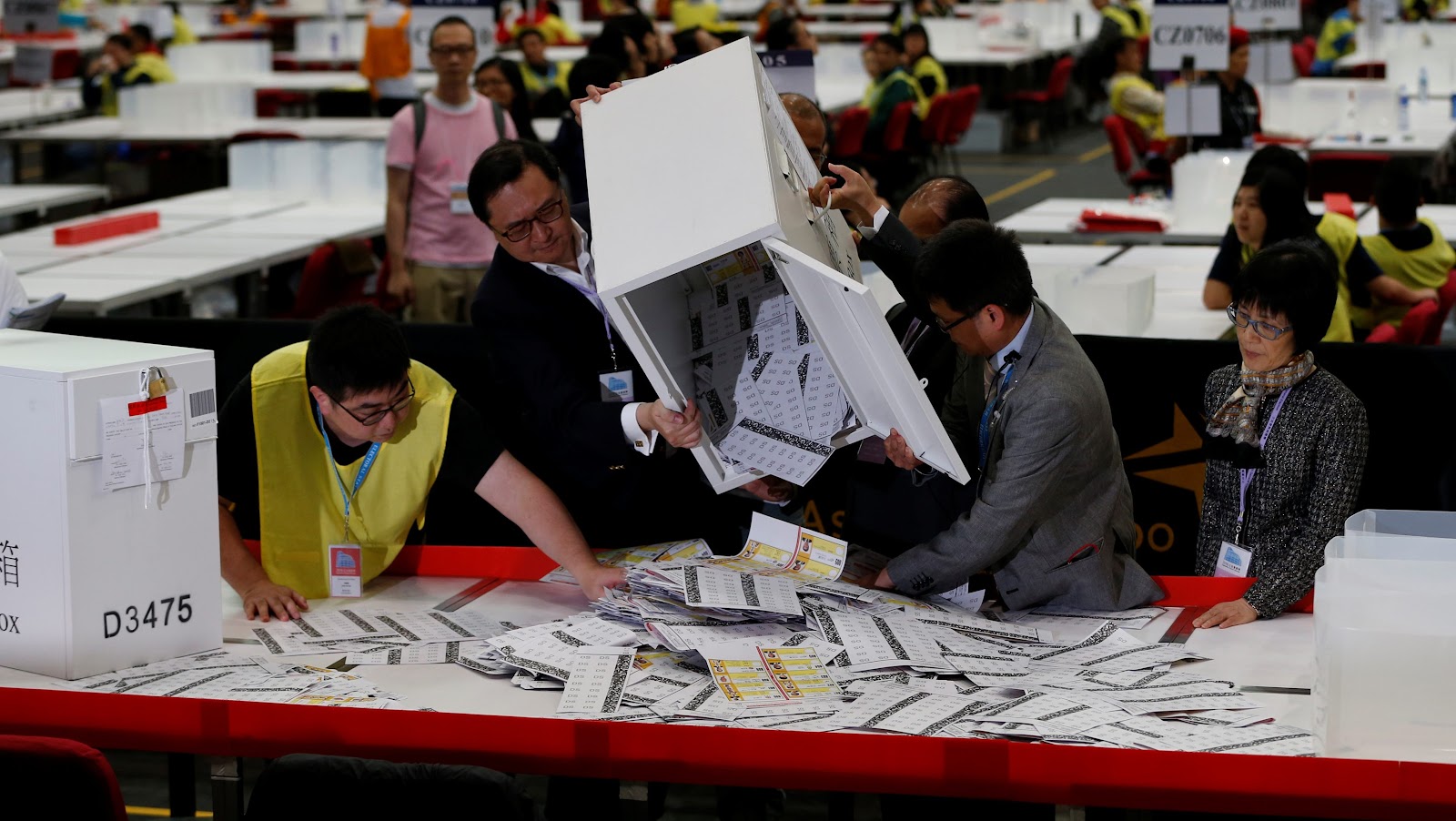 This week’s snapshot focuses on the legislative elections in Hong Kong, where citizens of the special administrative zone voted for Legislative Council representatives in a holdover from the era of British rule. When pro-democracy and independence candidates made gains in the Council, China reiterated that Hong Kong is a part of China and that attempts at independence would not be tolerated. Several candidates reported attempts to coerce  them into leaving the election through threats. At least one candidate alleged that the threats were sent by the Chinese government. Some in Hong Kong worry that after the 50 year agreement between China and the UK ends in 2047, the mainland will revoke their rights and bring them fully under Chinese rule.

Sample of Twitter handles tweeting about the Hong Kong Elections

Sample of Third Party Validators regarding the Hong Kong elections

“This is nothing short of a strategic setback for Beijing.  These people are now officially inducted into the political framework, and they are going to give Beijing a hell of a time in the future.”

“The political winds of change are blowing. – The new incumbents will make the outcome of future legislative events more unpredictable.”

“The mainland clearly has a dilemma,” “It doesn’t like the trend, but the more it pushes against it, the greater the intensification.”

“Hong Kong will continue to face fundamental challenges of growing local resistance to central government and antipathy to mainland China among much of the population,”

1. Vote in Hong Kong Deepens a Thorn in China’s Side

HONG KONG — In Canada, it is the Québécois. In Spain, the Catalans. In Britain, the Scots.

Now, China must deal with its own version of a democratically elected indigenous movement, elevated to positions of political power on Sunday in the only place in the authoritarian country where that is possible: Hong Kong.

PRESIDENT OBAMA has frequently predicted that the aggressive policies of Russia and China in places such as Ukraine and the South China Sea are destined to be self-defeating, because of the blowback they generate. It has been, at times, an all-too-convenient theory for a president reluctant to embrace robust counteraction by the United States. But an election in Hong Kong last weekend provided strong evidence that, in the case of that quasi-autonomous Chinese territory, Beijing’s growing repression and nationalism under President Xi Jinping have backfired.

Two years ago, the Communist regime touched off mass protests in Hong Kong by refusing to allow fully democratic elections for the city’s chief executive. It then refused to compromise with students and other pro-democracy activists who peacefully occupied major streets in the city for 79 days, and instead brought criminal charges against some of them.

In late 2014, Hong Kong protesters used umbrellas to shield themselves as police soaked them with pepper spray. Student leaders demanded elections free of intrusion from the Chinese central government, capturing headlines around the world, but their efforts failed. On Sept. 4, city residents pushed back again. Voters elected several of those young activists to the city’s legislature, a sharp rebuke to Beijing’s increasing encroachment on political life in the city.

A record 2.2 million people queued to cast ballots — hundreds reportedly waited at one polling station past two o’clock in the morning — in the financial capital’s first city-wide election since protests two years earlier.

HONG KONG (Reuters) – A Hong Kong politician has said he was pressured to bow out of a city election to clear the field for a candidate favored by the Chinese government, which, if confirmed, could offer rare evidence of interference by Beijing in city politics.

Hong Kong, which has a special autonomy in China, held an election for a city legislature on Sunday, its first major test of public opinion since pro-democracy protests in 2014 ignited calls for independence, especially among young voters.

5. Hong Kong election shows fight for independence is far from over

BEIJING — In 2014, tens of thousands of Hong Kong residents took to the streets in a defiant challenge to China. They called for full democracy, universal suffrage and the protection of their way of life.

But few spoke of independence — until now.