Each week, the Rendon Group’s media analysts will focus on a different continent and a different issue affecting that continent. As always, we remain available to answer any questions you may have and to provide additional information upon request. For more information regarding The Rendon Group’s products and services, please contact us at Alert@Rendon.com or +1-202-745-4900. 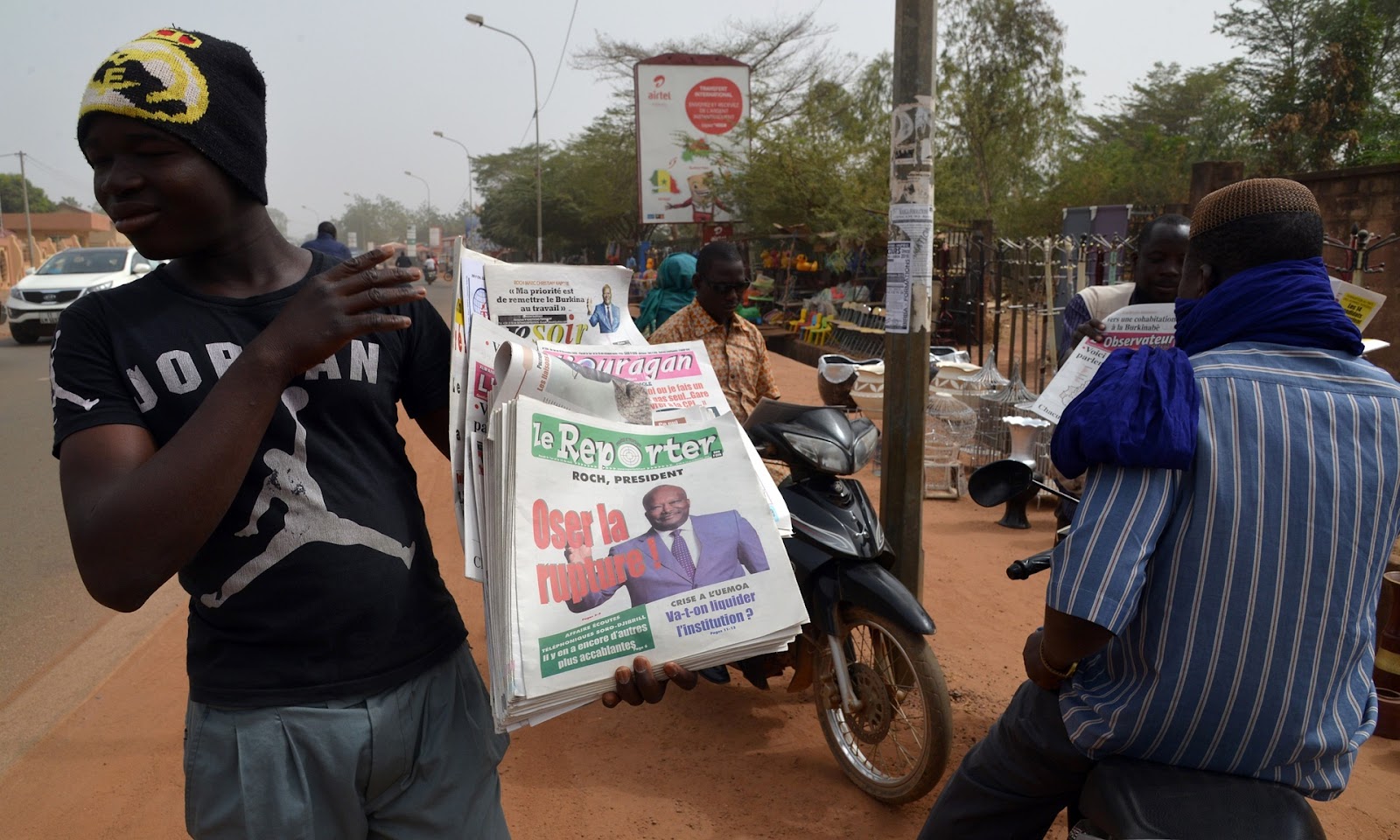 A street vendor sells newspapers in Ouagadougou on 03DEC following the election of Roch Marc Kabore to the presidency. Photograph: Issouf Sanogo/AFP/Getty Image

This week’s snapshot focuses on Burkina Faso’s presidential elections. In the past year, Burkina Faso has confronted challenges on the road to democracy after years of dictatorship. In September, military officers loyal to their former president staged a coup, which was aborted after protests and junior officers took to the streets. The elections were scheduled for 11OCT, but ended up delayed until 29NOV. One year earlier, in October 2014, protesters angry at plans to allow Burkina Faso’s President Blaise Compaore to extend his 27-year-rule set fire to parliament, city hall, and party headquarters.

Sample of Twitter handles tweeting about the elections in Burkina Faso

Sample of Third Party Validators regarding the elections in Burkina Faso

“The expectations are so high — for change, for justice, for the fight against corruption.”

“We’re smiling broadly, we’re sighing with relief. The Burkinabe people rose to the challenge of holding these historic elections in a calmer atmosphere.”

“I think the Burkinabé have demonstrated that their rights will not be violated by anyone again. Whoever takes over might be more responsive to the demands and expectations of the electorate.

“This election is a massive victory for all of those people who were involved in this much longer and wider struggle for change, and it could be seen as massively successful.

“[Kabore] is capable of finding a political equillibrium…The question of the economy is very important for Kabore since Burkina Faso is a very poor country.”

Kabore won 53.49 percent of ballots cast in Sunday’s election, winning victory in the first round of a vote aimed at restoring stability after the popular revolt that toppled longtime leader Blaise Compaore in October 2014.

OUAGADOUGOU, Dec. 4 (Xinhua) — Burkina Faso’s President-elect Roch Marc Christian Kabore has said he will change the Constitution to usher in the Fifth Republic.

Kabore who was addressing the media on Thursday in Ouagadougou, said the new Constitution will separate power and ensure the president does not reign over all public institutions in the country.

Ban congratulated the people of Burkina Faso for their enthusiastic participation, which showed their strong commitment to the democratic process, said a statement of Ban’s spokesman.

After securing 55 seats out of 127, Kabore’s Movement of the People of Progress (MPP) must now seek coalition partners in order to form a government.

OUAGADOUGOU, Nov. 30 (Xinhua) — Sunday’s presidential and legislative elections in Burkina Faso were faced with numerous logistical challenges such as shortage of voting materials, slow entry of voters as well as delayed opening of the polling stations.

In Karpaala polling station in the east of the capital Ouagadougou, voting began at 8 a.m. despite the polling station being opened at 6 a.m, said Herve Ouedraogo, a civil society election observer.