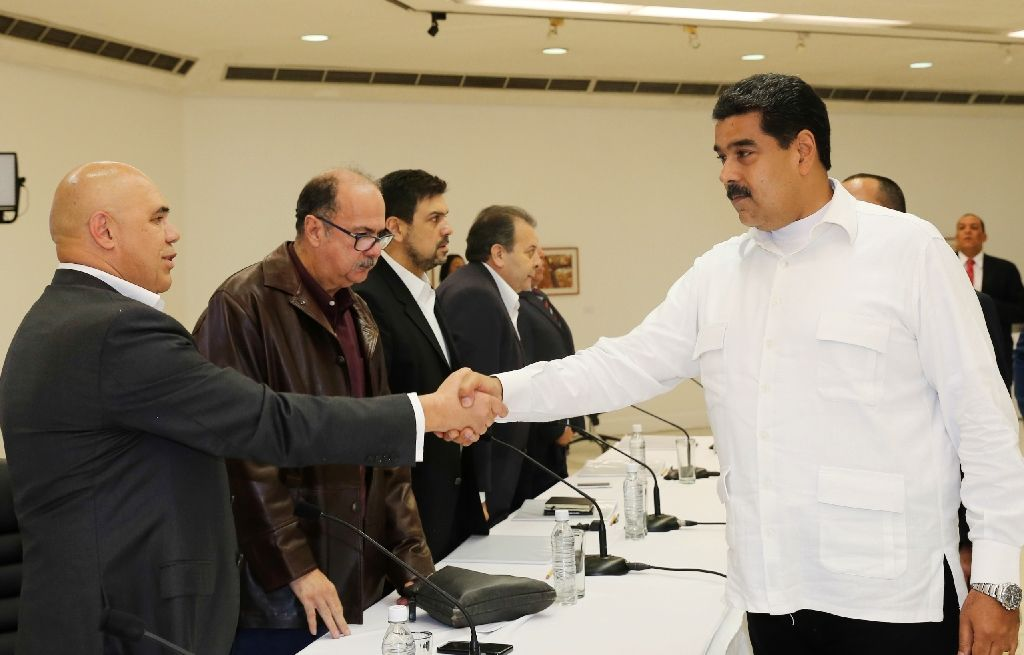 This week’s Snapshot Report is focused on the rising tensions in Venezuela between President Maduro and the opposition party. The country is suffering from a prolonged recession, which has caused severe shortages of necessities, including food and medicine. Venezuela’s situation has been blamed on the current government’s failed policies and sparked outrage from the public and the opposition party. On 20OCT16, Venezuela’s National Electoral Council (CNE) indefinitely suspended the referendum process, which would have potentially allowed a popular vote of confidence on the presidency. The move closed off the last constitutional option to resolve the political crisis and heightened claims that the Venezuelan government is a dictatorship.  In response, the opposition escalated protests against the president. The Vatican and the Union of South American Nations (UNASUR) brokered an agreement to hold talks, which resulted in a truce between the two factions. Many Catholic Venezuelans were disappointed that the Pope did not rebuke President Maduro after their private meeting on 24OCT. The Pope’s envoy warned that there may be “bloodshed” if the talks fail. Venezuela’s political polarization and the worsening plight for ordinary citizens has not seemed to disrupt President Maduro’s agenda, who launched a salsa show on 01NOV16. Consequently, there is dwindling hope among the public that the talks, currently scheduled for 11NOV16, will resolve political division in Venezuela.

Sample of Third Party Validators regarding the crisis in Venezuela

“While the government may strike a more conciliatory posture in the coming weeks, talks are unlikely to resolve the political crisis as the government remains fundamentally unwilling to cede to opposition demands and release its grip on power.”

“[Maduro is just] buying time…I find it improbable that after doing everything possible to avoid a referendum, (the government) would agree now to hold early elections.”

“Any good-faith and meaningful dialogue must be based on an objective assessment of the political, social and economic crisis that the country is facing, and recognise the government’s responsibility…Otherwise it will only serve as yet another excuse for Venezuelan authorities to delay measures that are desperately needed to protect human rights and restore minimum democratic standards in Venezuela. For any dialogue to succeed, it must tackle head-on the Venezuelan government’s authoritarian practices…the government has resorted to the courts, which lack judicial independence, to arbitrarily arrest and prosecute opposition leaders and ordinary Venezuelans who speak about the crisis. Many have been abused while in custody, which in some cases amounts to torture.”

“What happened is that President Hugo Chavez used a period of high oil prices, not to put some money aside, but to quintuple the foreign debt,” says Hausmann. “If Maduro is out soon, I think we can turn the country around relatively quickly with sound economic policies.”

CARACAS (Reuters) – A senior U.S. diplomat on Monday met with Venezuelan President Nicolas Maduro as part of an effort to support dialogue between the government and the opposition amid an escalating political standoff and a worsening economic crisis.

The arrival of Tom Shannon, U.S. Under Secretary of State for Political Affairs and an expert on Latin America, may help spur negotiations between the two sides, which over the years have repeatedly held talks that generated few concrete results.

Caracas, Nov 1, 2016 (AFP) – Opposition lawmakers were to stage a “political trial” of Venezuelan President Nicolas Maduro on Tuesday after a blocked bid to oust the deeply unpopular leader through a referendum.

But the proceedings in the opposition-dominated National Assembly are largely seen as symbolic, said one analyst, Luis Vicente Leon.

Maduro has dismissed the mock trial, saying it was not provided for under the constitution and amounted to an attempt to overthrow his embattled government.

With Pope Francis’s blessing, Maduro and top opposition leaders have agreed to sit down to Vatican-mediated talks starting November 11, seeking an exit from a nasty political crisis and economic melt-down.

But not everyone is on board with the opposition’s new strategy — including 16 dissenting parties in its own coalition, the Democratic Unity Roundtable (MUD), and many of its supporters.

CARACAS –  The Venezuelan opposition needs to understand that “the revolution is going to continue,” President Nicolás Maduro said Thursday, while urging his political foes to remain part of the dialogue the two sides began earlier this week.

The revolution begun in 1999 by his predecessor, the late Hugo Chávez, “is irreversible,” Maduro said in a speech at the presidential palace.

He said that his opponents “must learn to co-exist with the revolution” and to accept the principle of democratic governance.

Venezuela is going through a “very ugly” situation and there could be bloodshed ahead if talks between the government and opposition fail, a papal envoy told an Argentine newspaper after his visit to Venezuela this week.

Archbishop Claudio Maria Celli had been in Caracas for Vatican-convened talks as an angry opposition stepped up its protests against socialist President Nicolas Maduro after authorities scuttled a recall referendum.

The oil-rich country is also suffering from a prolonged recession and severe shortages of food and medicine.