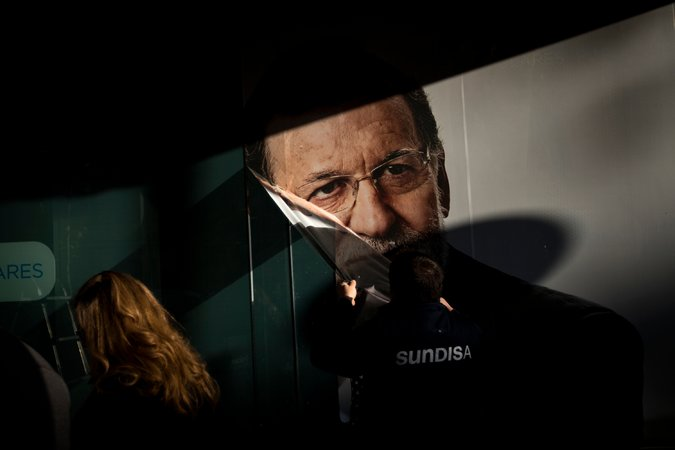 A campaign poster of the Spanish prime minister, Mariano Rajoy, being removed in Madrid on Monday after his Popular Party lost its majority in Parliament.

This week’s snapshot focuses on the 20DEC15 parliamentary elections in Spain.  After decades of alternating rule between the Socialists and the Popular Party (PP), the elections produced inconclusive results with the rise of two new parties, the left-wing Podemos (We Can) and liberal Ciudadanos (Citizens). Negotiations between rival parties remain deadlocked on forming a coalition government.

Sample of Twitter handles tweeting about the election in Spain

Sample of Third Party Validators regarding the election in Spain

Fernando Casal Bértoa, Nottingham Research Fellow at the University of Nottingham in Britain

“Paradoxically, and despite winning only 90 seats — its worst results since 1933 — the socialist party (PSOE) will, in principle, have the upper hand in forming a government.”

“Whoever comes out on top, the next government may not last long…There are too many incentives for the smaller parties to go for early elections [as soon as they see themselves gaining in the polls]”

“The question is whether Sánchez will allow Rajoy to lead the government or whether Sánchez will try to build a coalition of several parties in order to take power…Most likely the king will give Rajoy and the PP the first chance to form a government, given that it won the election…But for the first time in the history of democracy in Spain, it’s not clear how the most-voted party will be able to govern.”

“The sudden emergence of broad agreement, on issues ranging from the fundamental organization of the state to electoral system reform, and the introduction of more elaborate checks and balances, is the only real alternative to gridlock followed by new elections.”

François Lafond, executive director of EuropaNova, a research group based in Paris

“This is the end of the bipolar era in Spain…The same thing is happening in France, in Italy and other countries. We now have a fragmented political system all around Europe.”

In his televised holiday message, the king said he hoped “the desire for understanding and a fraternal spirit, which are typical of this season, always be present among us.”

The message comes after an election on Sunday which saw two new parties, anti-austerity Podemos and centre-right Ciudadanos, enter parliament with force, ending three decades of two-party domination by the Socialists and the ruling, conservative Popular Party (PP).

New anti-austerity party Podemos, a close ally of Greece’s ruling Syriza, came in second with 21.7 percent support, according to the poll of 177,000 voters carried out across the country for public television TVE.

“Mariano Rajoy and Pedro Sanchez will meet at 12 pm (1100 GMT)… for the first time since the general elections”, it said in a statement.

MADRID (Reuters) – The leader of Spain’s newcomer liberal party Ciudadanos Albert Rivera on Wednesday called for a pact with the People’s Party and the Socialists to enable a stable government in Spain and protect the country from an independence move in Catalonia.

“We propose a pact between the PP and the PSOE so that nobody takes advantage of the weakness, uncertainty and instability to break up this country,” Rivera said during a conference in Madrid.